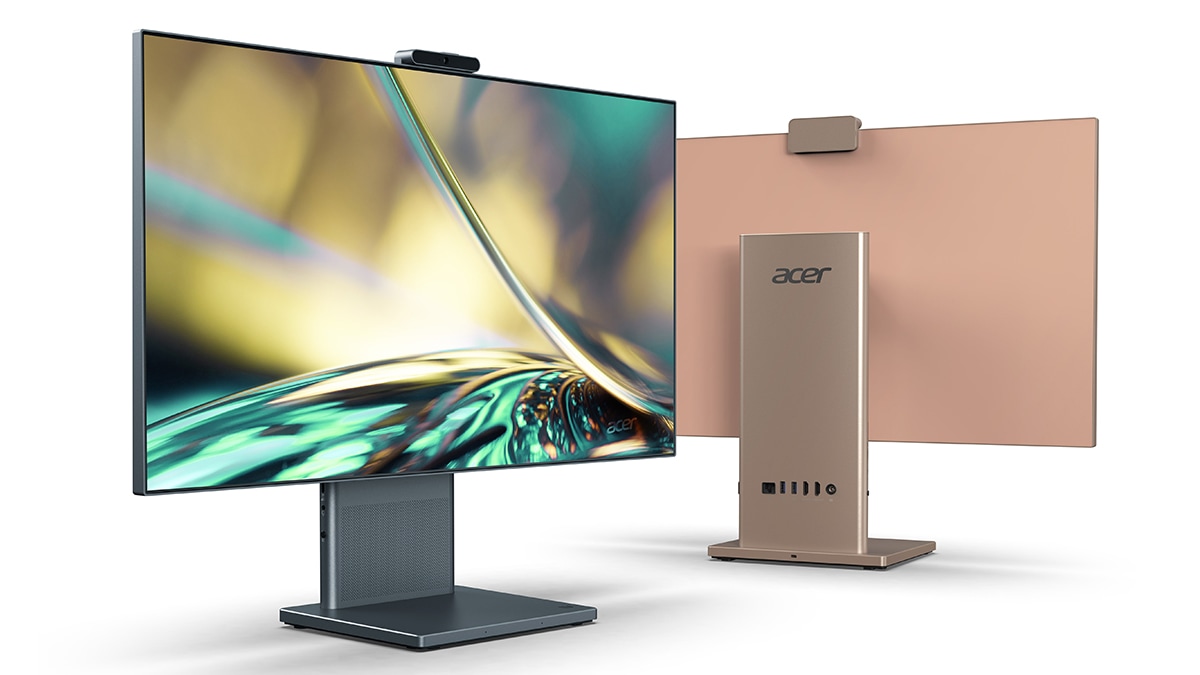 Along with its new gaming laptop lineup, Acer also introduced new models and refreshed existing products in its Swift, Aspire and ChromeOS series at CES 2023. The Acer Swift Go 14 and Acer Swift Go 16 are the first models in the new thin-and-light series featuring high-resolution OLED displays, fast refresh rates, and the promise of an all-day battery life. The new Acer Swift X 14 is refreshed with Intel’s and Nvidia’s latest CPUs and GPUs, while the Swift 14 gets a new unibody aluminium design.

Acer also introduced its new Chromebox CX15 and Chromebox Enterprise CX15 devices, based on ChromeOS. Either of these devices can be docked behind Acer’s new Add-in-One 24 computing solution for businesses that consists of a 24-inch monitor with a dedicated docking space for the new Chromeboxes. The company also announced its Aspire S All-in-One PCs with either 27-inch or 32-inch displays, that are designed for everyday computing in homes.

The Acer Swift X 14 features a 14-inch 2.8K OLED display with a 120Hz refresh rate, and can be configured with up to an Nvidia GeForce RTX 4050 GPU. The laptop is Nvidia Studio-validated and features a large ventilation fan for better thermals. The Acer Swift 14 features a premium, unibody design and an OceanGlass touchpad which is made from ocean-bound plastic waste. It offers two 14-inch touchscreen display options – either WQXGA (2560×1600) or WUXGA (1920×1200) resolutions, that are both covered with Corning Gorilla Glass 4. The Swift 14 also features a 1440p Quad-HD webcam for clearer video calls.

The new Acer Aspire 5 line of laptops feature 13th Gen Intel Core processors, up to Nvidia GeForce RTX 2050 GPUs, up to 32GB of RAM and up to 1TB SSD. The Aspire 3 series on the other hand feature the new Intel Core i3-N series processors. Acer also introduced its new Halo Swing smart speaker which supports Google Assistant, an interactive LED display, and a reactive RGB base which changes as per the music. Acer hasn’t revealed the price of this speaker yet.

The Acer Chromebox CX15 is designed to fit into space-constrained “bullpen” environments like call centres and co-working spaces. It can be configured with 12th Gen Intel processors, and features a wide array of physical ports. Meanwhile, the Add-in-One 24 features a 24-inch full-HD monitor, 5-megapixel webcam with a built-in shutter and dual 4W speakers.