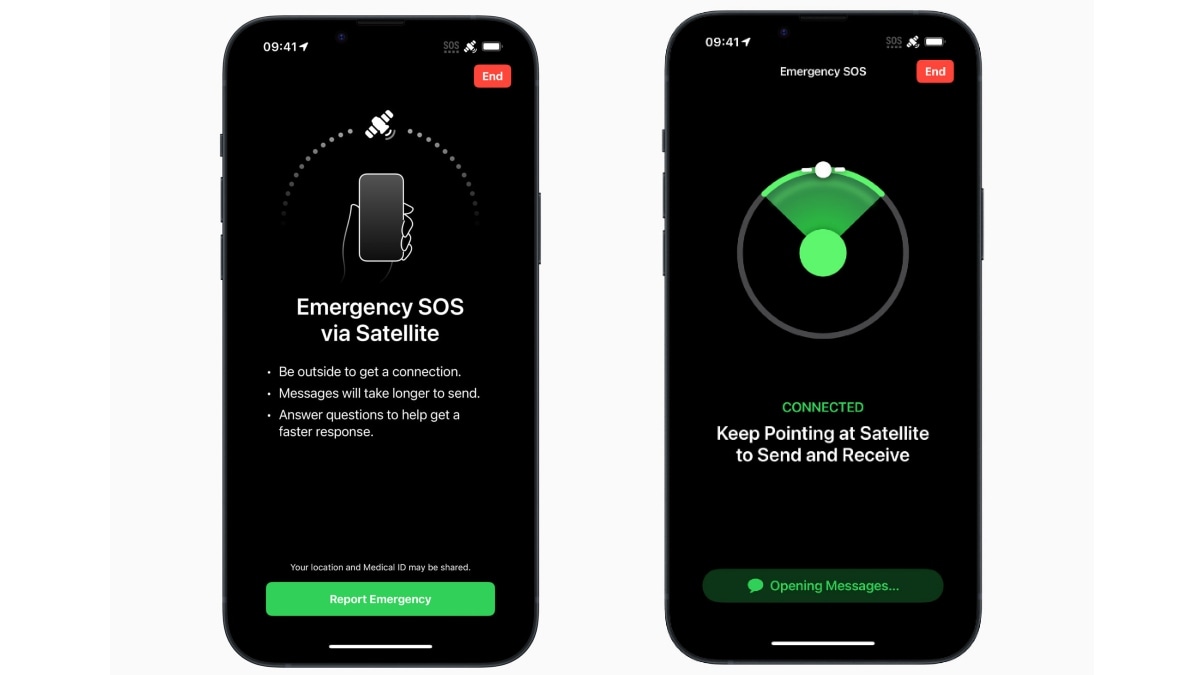 Apple revealed its new satellite-based emergency SOS feature during the September launch of the iPhone 14 series and made it available on its latest phones in the US and Canada in November. Since then, the Emergency SOS via satellite feature has already helped people in distress, according to news reports. A new patent acquired by Apple on Tuesday suggests the company could offer even more satellite-powered features in the future. According to a report, the patent goes “far beyond” emergency SOS service and the satellite feature could extend to video streaming, telephone calls, and more.

According to a Patently Apple report, the tech giant’s new patent hints at future services related to satellite communication, including streaming, calling and television data. Apple acquired the new patent, titled “Communication Terminal,” from the US Patent and Trademark Office on December 13.

“Satellite communications data conveyed by transceivers #28 and antenna radiators #30 may include media data (e.g., streaming video, television data, satellite radio data, etc.), voice data (e.g., telephone voice data), internet data, and/or any other desired data,” the report quoted the patent as saying. The report also said that the patent lists some of the inventors who worked on Apple’s Emergency SOS via satellite feature.

The Cupertino, California-based tech giant’s satellite technology was recently enabled on iPhone 14 models in the UK, Germany, France, and Ireland. The service is already active in the US and Canada.

The feature, in its current state, is only text-based and allows users to contact emergency services in the absence of cellular and Wi-Fi network in case of emergency situations. The service also lets users share their location via satellite through the Find My app on their iPhones. The Emergency SOS via satellite feature is free for the first two years. Just this month, the satellite SOS feature on iPhone 14 came to the rescue of a man stranded in Alaska.

Apple launched the iPad Pro (2022) and the iPad (2022) alongside the new Apple TV this week. We discuss the company’s latest products, along with our review of the iPhone 14 Pro on Orbital, the Gadgets 360 podcast. Orbital is available on Spotify, Gaana, JioSaavn, Google Podcasts, Apple Podcasts, Amazon Music and wherever you get your podcasts.