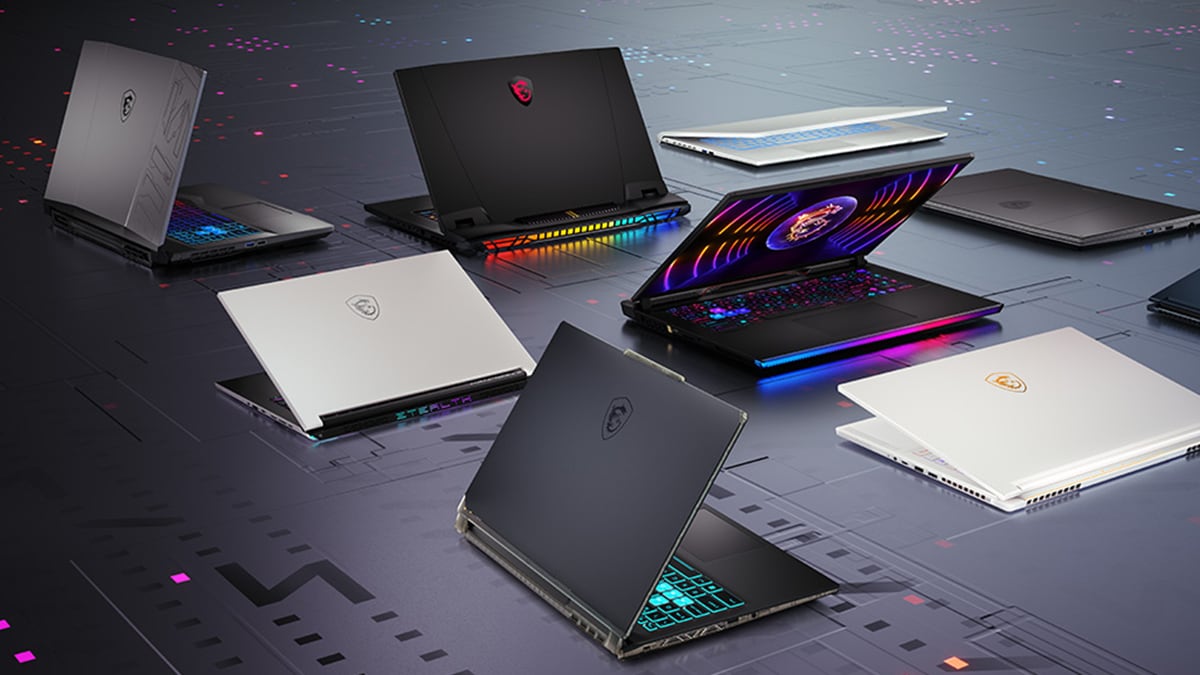 MSI on Wednesday announced that it has overhauled its entire gaming portfolio with the latest Nvidia RTX 40 series GPUs and 13th Gen Intel CPUs. The firm says all the heat pipes have been redesigned to include shared pipes, dedicated pipes, and VRAM-exclusive pipes for maximum performance. MSI has released over 10 new designs in its gaming series and some of the laptops such as the Raider GE, Vector GP, and Stealth series have been equipped with 16:10, 240Hz Quad-HD+ displays. MSI is yet to announce pricing details for the new laptops, but the firm has revealed that the new range will be available in India soon.

The newly announced MSI Titan GT and MSI Raider GE can be configured with the top-of-the-line Intel Core i9-13980HX processors and up to an Nvidia GeForce RTX 4090 GPU. These laptops also feature MSI’s OverBoost Ultra technology that is said to be able to push the CPU and graphics to a total of 250W of power or support 5.2GHz frequency across eight P-cores on the CPU, depending on the workload.

The Titan GT is also said to have the world’s first 4K Mini LED display with a 144Hz refresh rate, and can deliver up to 1000 nits of peak brightness. Meanwhile, the MSI Vector GP series features a 17.3-inch QHD IPS display with a 240Hz refresh rate. This laptop can be configured with up to an Intel Core i9-13900H CPU and up to an Nvidia GeForce RTX 4070 GPU.

The MSI Cyborg 15 is a new entry-level gaming laptop

The MSI Stealth series will be available in 14-inch, 15-inch, 16-inch and 17-inch screen sizes. The MSI Stealth 14 Studio and Stealth 16 Studio are new laptops that feature magnesium-aluminium alloy bodies for low weight and a slim design.

The Stealth 16 Studio comes with a trilateral Dynaudio six-speaker sound system. The Stealth 17, 16, and 14 Studio laptops are also Nvidia Studio validated and are geared towards content creation. The MSI Stealth Studio 15 features a 240Hz OLED display and a quick 0.2s response time. It also supports a 100 percent DCI-P3 colour gamut.

According to the company, the MSI Cyborg 15 is a brand-new entry-level gaming laptop featuring a translucent chassis design, allowing you to see some of the components inside. This laptop can be configured with up to an Intel Core i7-12650H and up to an Nvidia RTX 4060 GPU.