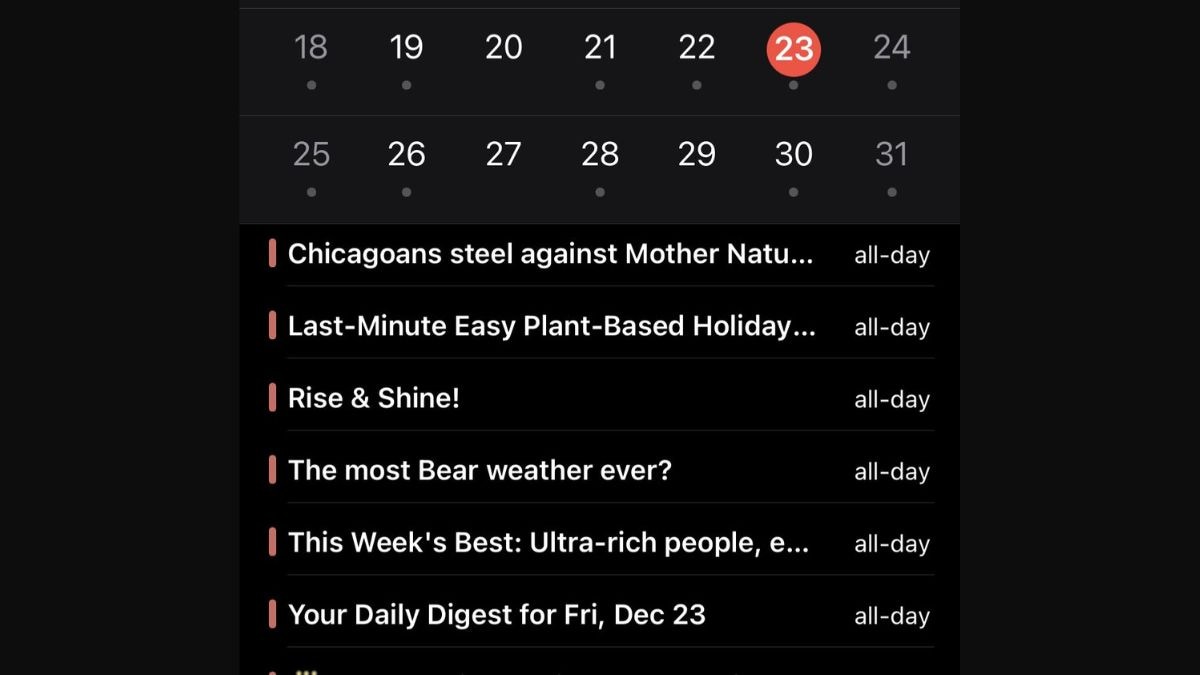 Google Calendar users have reportedly experienced a bug that is causing the application to create random events based on emails received in the user’s Gmail inbox. Several users seem to have reported the issue on the Google Calendar app for Android and iOS mobile devices. The bug has been reported by various users on Twitter as well, who took to the social media platform to share screenshots of their Calendar apps filled with random events.

According to a report by 9to5Google, Google Calendar has been displaying random created events that have been triggered by messages in their Gmail inbox that do not necessarily track back to any actual event. The events created incorrectly mostly seem to be all-day events which have been caused by a bug in the Gmail mobile application on some Android and iOS devices. However, it isn’t clear what particular bug has caused this to happen, added the report.

Several users were seen taking to Twitter to post screenshots of their Google Calendar apps filled with all-day events that do not lead to any real event concerning the user.

Google Calendar users who wish to avoid clutter in their Google Calendar may evade the bug by heading to Settings > Events > Turn Off ‘Automatically add events from Gmail to my calendar​’​. However, doing so will stop Google Calendar’s ability to track actual events from your Gmail inbox and provide users with notifications for the same as a reminder.

It is important to note that Google hasn’t officially acknowledged, addressed, or offered a remedy to the bug that has been reported.

Last year, the Alphabet-owned search giant had introduced a ‘Focus time’ entries feature that allowed users to set a timeslot in which all meeting requests will be automatically declined.