IOS 16 Release: Some Features Tipped To Be Exclusive For IPhone XS, Newer Models

iOS 16 is being released for iPhone 8 and above tonight, but it looks like all the features that the newest iteration of iOS offers will not be available for every supported iPhone model. As per a report, some iOS 16 features will be available for iPhone XS and above which are powered by the Apple’s A12 Bionic chip or newer. While the exact reason for this is not known, it is most likely that some features require more processing power than the A11 Bionic chip offers.

A few features which are available for all the phones mentioned above include the Live Text in videos that works in Photos, Quick Look, Safari, and other apps. There are Quick actions in Live Text, New languages for Live Text, emoji in texts which can be inserted when sending messages with Siri, and Visual Look Up improvements

The iOS 16 features that will be available for iPhone 11 and later models include Live Captions, which is only available in English (US) and English (Canada). Additionally, the iOS 16 features exclusive to iPhone 13 models are foreground blur in portrait photos and improved quality when recording in Cinematic Mode.

Finally, some iOS 16 features are exclusive to the iPhone 14 models. The first is the Cinematic Mode in 4K which can now record 4K videos at 24fps as well as 4K at 30fps. There is also a new Action Mode that reduces shakes, motion, and vibrations significantly by using the iPhone 14 series’ sensors. 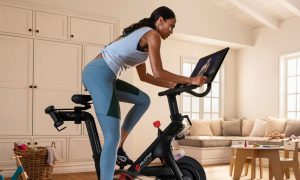