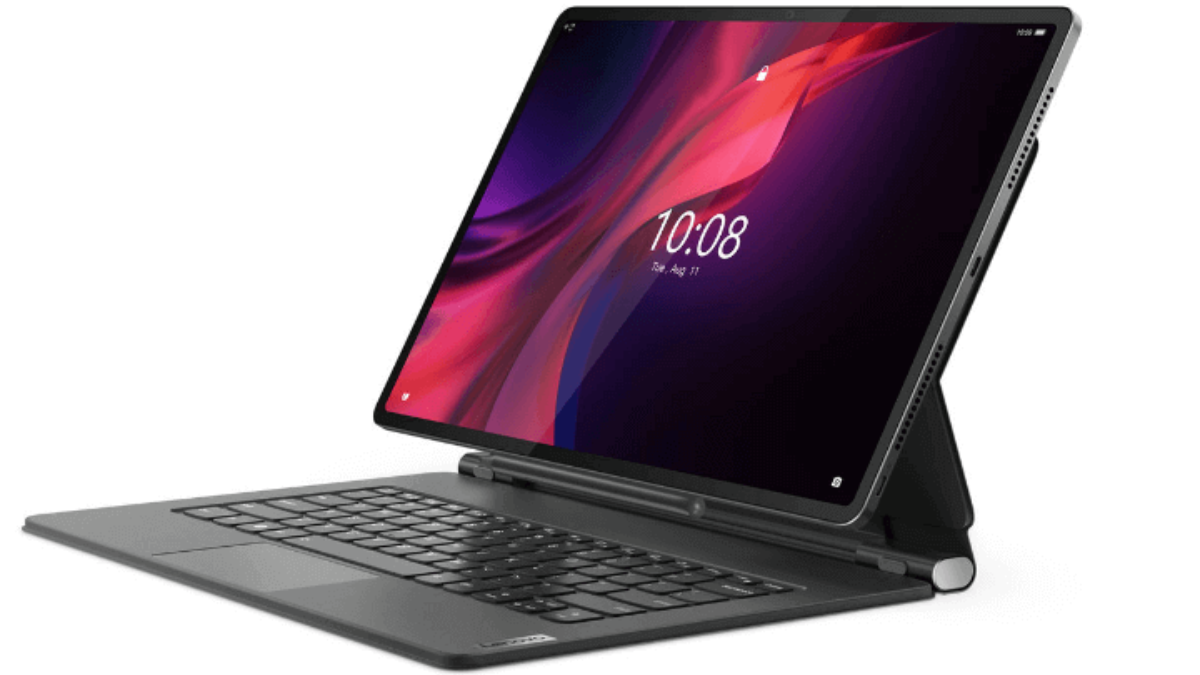 Lenovo is getting ready to unveil a host of new products at the Consumer Electronics Show (CES) 2023, but has remained tight-lipped about its showcase at the event. The Chinese tech giant’s entire CES lineup, however, seems to have leaked. A popular tipster seemingly posted Lenovo’s CES 2023 slate on Twitter, revealing a bunch of new products from the company. The leak shows that Lenovo could be unveiling the Lenovo Tab Extreme at the event. Aside from a lineup of laptops and the much-awaited ThinkPhone, Lenovo also seems to be gearing up to launch SmartPaper, a tablet for reading and note-taking.

The renders of the tablet suggest a flat body design, much like the new iPads. The tablet can be seen in a grey colourway and sporting thin bezels and a large screen. The tablet renders also show a USB Type-C charging port. The Lenovo Tab Extreme renders also include a detachable keyboard accessory and a stylus. The tablet in the images appears to have a dual rear camera setup and LED flash, and a front-facing camera along the length of the tablet.

Blass also posted renders of a Lenovo SmartPaper tablet. The SmartPaper, seen in a grey colour, appears to come with a stylus and seems to be a tablet for illustrations, note-taking, and reading. However, the SmartPaper only seems to have a monochrome screen, just like the Kindle e-reader.

In addition to the two devices, the tipster also posted renders of the upcoming ThinkPhone and Lenovo’s Yoga and Legion series of laptops, among others. The upcoming devices are likely to be showcased at CES 2023, which begins January 5.

The Lenovo Tab Extreme had leaked in November when the device surfaced on the Google Play Console listing page. The tablet is tipped to tun on the MediaTek MT8798Z SoC, also called the Dimensity 9000. The listing also hinted at the Tab Extreme including 8GB of RAM.

The Google Play Console listing of the tablet also mentioned that the device would run Android 13 and would feature a large screen with 3,000×1,876 pixel resolution.