Microsoft may launch an Xbox streaming device in the next 12 months, as per a report. The streaming device is said to enable users to access movies, TV services along with a library of games through Xbox Game Pass Ultimate. The report also says that Microsoft is also working with Samsung to develop an Xbox game-streaming app for the South Korean company’s televisions. The news comes a few days after Microsoft announced that Xbox Cloud Gaming users will now be able to play Fortnite for free on Android, iOS, and Windows devices.

Citing people familiar with the matter, VentureBeat (GamesBeat) reported that the device will likely look like an Amazon Fire TV Stick or a Roku-like puck. As far its functionality is concerned, the device will allow users to access movies and TV services — like we do with Amazon Fire TV Stick, for example — along with their library of games through Xbox Game Pass Ultimate.

Furthermore, Microsoft is said to be working with Samsung to develop an app that’ll probably let Samsung smart TV users give the same access as the Xbox streaming device. Both these things are said to debut within the next 12 months.

The move is seen as a way to bring more users into the Xbox ecosystem. It is to be noted that Xbox consoles also allow users to download apps such as Netflix, Amazon Prime, among others and allow streaming. Microsoft is working hard to attract more casual gamers.

Recently, the company, along with Epic Games, announced that Xbox Cloud Gaming users will now be able to play Fortnite for free on Android, iOS, and Windows devices. The move will also allow users, including PC gamers, to stream Fortnite on internet browsers on their devices just like Netflix, irrespective of the hardware specifications.

Sourabh Kulesh is a Chief Sub Editor at Gadgets 360. He has worked in a national daily newspaper, a news agency, a magazine and now writing technology news online. He has knowledge on a wide gamut of topics related to cybersecurity, enterprise and consumer technology. Write to [email protected] or get in touch on Twitter through his handle @KuleshSourabh. More 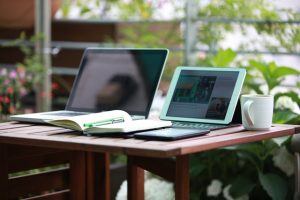 Magenta To Hire Over 340 People Across Roles With New Offices Opening In Delhi-NCR, Hyderabad, Bengaluru