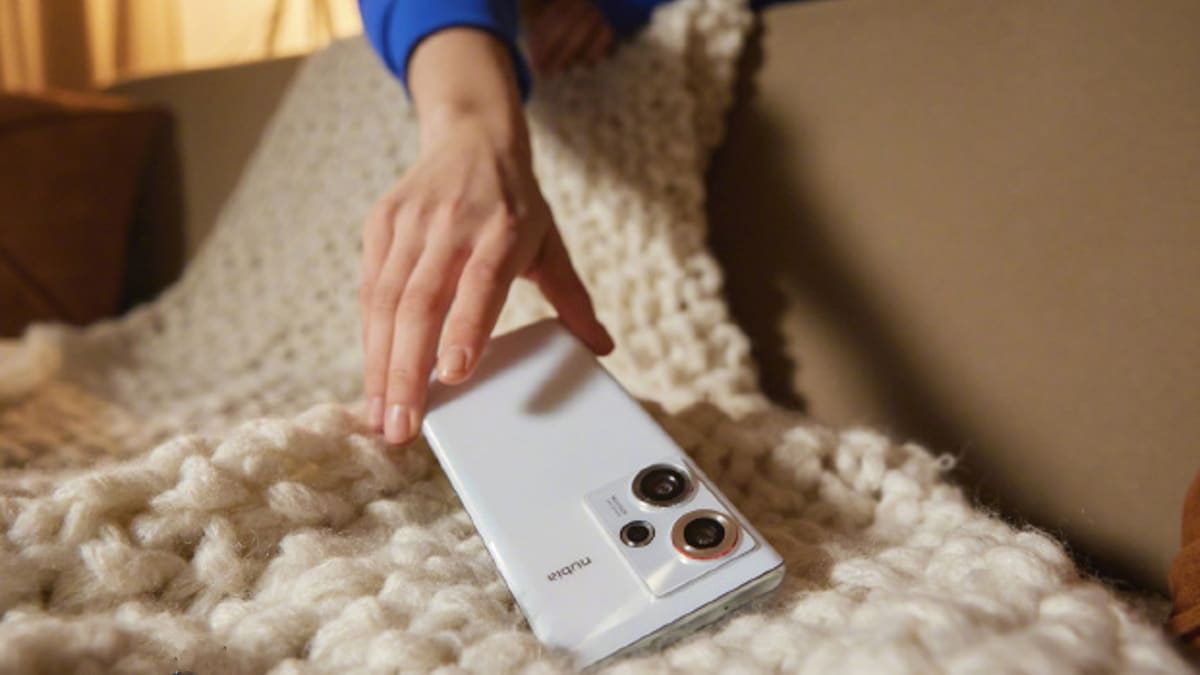 Nubia Z50 is all set to go official in China on December 19, but ahead of it, the ZTE-owned smartphone brand has released images and videos, showing off the upcoming phone’s design and a few specifications. The renders suggest three colour options for the Nubia Z50. It is shown featuring a hole-punch display at the front to house the selfie shooter. The Nubia Z50 is teased to run on the new MyOS 13 operating system and will be backed by a 5,000mAh battery. It will have a dual rear camera setup led by a 64-megapixel primary sensor. The Nubia Z50 is already confirmed to come with the new Snapdragon 8 Gen 2 SoC.

Teaser videos and posters shared by Nubia on Weibo give a glimpse of the Nubia Z50. As mentioned, the handset is shown in three distinct shades with a hole-punch display design. Ring-like camera modules housing triple rear cameras led by 64-megapixel primary sensor are seen arranged on the upper left corner of the handset. Notably, the primary camera has a red colour border and is slightly raised from the body of the phone. It is teased to come with a 35mm custom optical system and the cameras are said to offer 8K video recording and 4k time-lapse photography. It will also support various other photography modes including Starry Sky Photography.

The Nubia Z50 is confirmed to run on the new MyOS 13. The latest custom skin by the company will come with a refreshed design and Nubia claims that it will provide a 30 percent increase in overall system performance. The MyOS 13 is likely to be based on the new Android 13. It will also offer a multi-dimensional heat dissipation system for thermal management during gaming.

The Nubia Z50 is confirmed to feature a 5,000mAh battery that is claimed to deliver a standby time of up to 30 days with a single charge. It will be powered by Qualcomm’s new Snapdragon 8 Gen 2 SoC, coupled with LPDDR5X memory and UFS 4.0 storage.

ZTE-backed Nubia has already announced that the launch of Nubia Z50 will take place on December 19. The launch event will begin at 2:00pm local time (11:30am IST).

Nithya P Nair is a journalist with more than five years of experience in digital journalism. She specialises in business and technology beats. A foodie at heart, Nithya loves exploring new places (read cuisines) and sneaking in Malayalam movie dialogues to spice up conversations. More