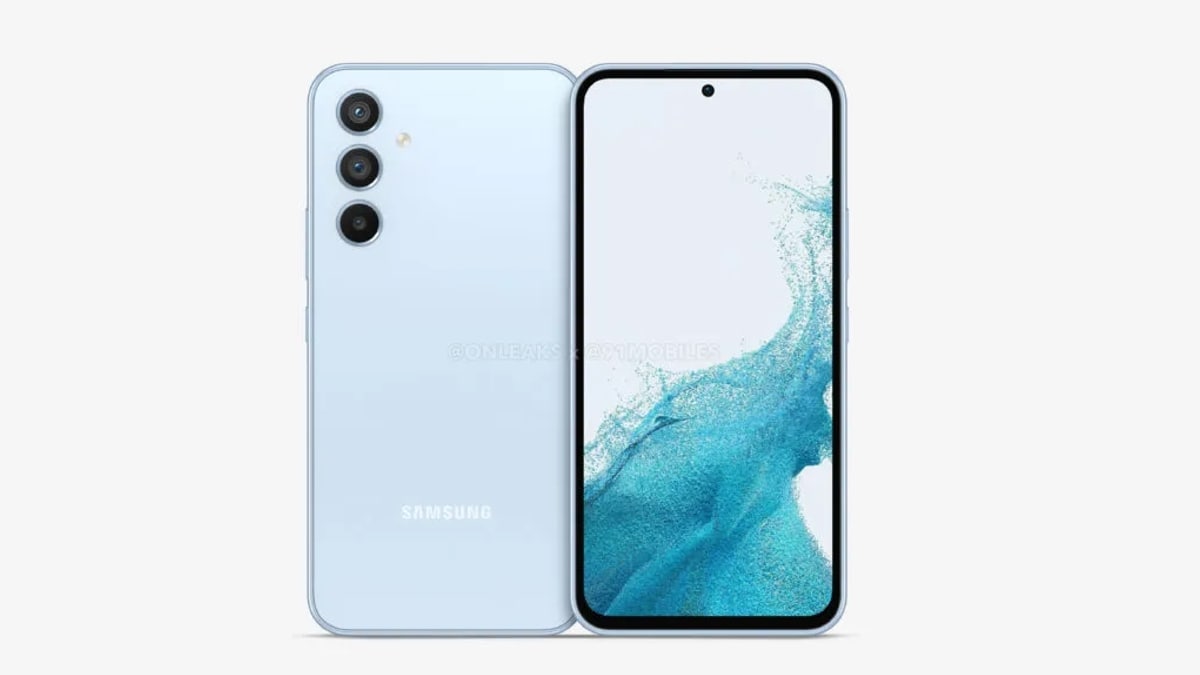 Samsung Galaxy A54 5G has been a part of rumour mill for some time now. This handset is expected to break cover in early 2023. Design renders of this Samsung smartphone had also been leaked recently, showcasing a 6.4-inch display. The Galaxy A54 5G has now been listed on the Geekbench database. The handset is said to be powered by an octa-core 2.4GHz chipset. In addition, the Galaxy F04s has also been spotted on Geekbench. It is believed to be an entry-level smartphone powered by a MediaTek Helio P35 SoC.

A Samsung handset bearing the model number SM-A546B has been listed on Geekbench. It is believed to be the Galaxy A54 5G. This model is powered by an octa-core 2.4GHz chipset, which could be an Exynos 1380 SoC. It is said to run on Android 13 and pack 6GB of RAM. The listed Galaxy A54 5G model has achieved a single-core score of 776 and a multi-core score of 2,599.

As per a recent report, the Galaxy A54 5G could sport a 6.4-inch display with a centrally-aligned hole-punch slot. It is said to feature a triple rear camera setup and an in-display fingerprint sensor. The South Korean tech giant is yet to reveal any details surrounding this rumoured smartphone.

Another Samsung handset has also been spotted on Geekbench. It has the model number SM-E045F and is believed to be the Galaxy F04s entry-level smartphone. It is said to get an octa-core 2.4GHz chipset, along with 3GB of RAM. The mentioned chipset could be the MediaTek Helio P35 SoC.

The Galaxy F04s has received a single-core score of 163 and a multi-core score of 944. It is said to run on Android 12 and will most likely feature a One UI 4.1 Core skin on top. Rumours suggest that the Galaxy F04s could be a rebadged Galaxy M04, which was launched recently in India.